Five red fox pups have made an appearance in our backyard this spring. In early morning or late evening, they come out, play, look around, run and chase one another. I took the following photos from our deck, and so far they don’t seem to mind. 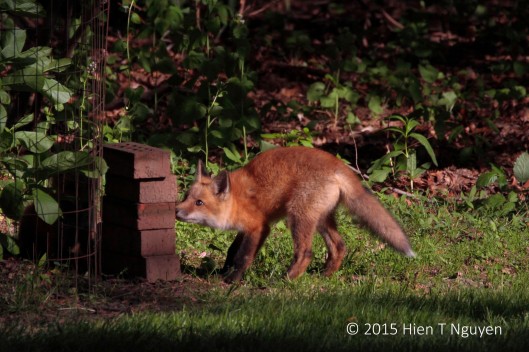 Red fox pup checking out some bricks I had recently cleaned. There is another one partially hidden on the left.

Red fox pup play acting with a dried leaf, pretending it is a rodent. 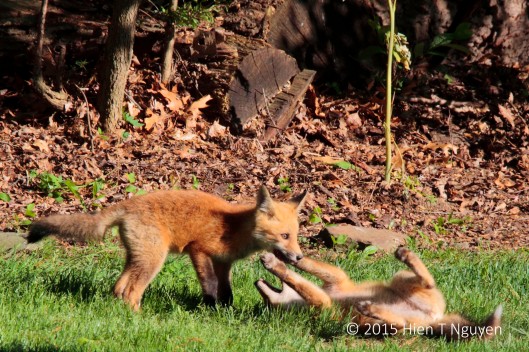