Yesterday I made a quick drive through the Edwin B Forsythe National Wildlife Refuge to check on the Ospreys. It was hot and thousand of sand flies, mosquitoes, and all sorts of insects conducted a relentless assault on our car. The sun was high, and so the light was not at its best, but I was able to get the following photos. The nest had three or four Osprey chicks which have grown considerably from about a month ago (see Osprey Chicks). Three chicks are readily recognizable, and the fourth one may be a small bird next to the one on the right, but I can’t tell for sure. 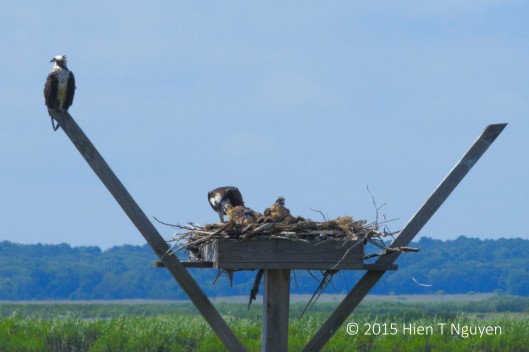