Capitol Reef National Park is not as popular as other national parks, but I made my second visit there today. This is the high season so the park was full of visitors from campers and hikers to people who are just passing through. However, the crowds were not like those usually seen at Bryce Canyon or Grand Canyon.

Near the entrance to Capitol Reef National Park.

The Egyptian Temple at Capitol Reef.

I took many pictures of well known and spectacular rock formations in the park, but I think the following may be more interesting.

Holes caused by erosion in rock wall at Capitol Reef. If you look carefully you will see some holes have small rocks in them.

The Fremont people lived in the area from about 600 to 1300 CE. They carved very nice petroglyphs into the rock walls along the Fremont river. 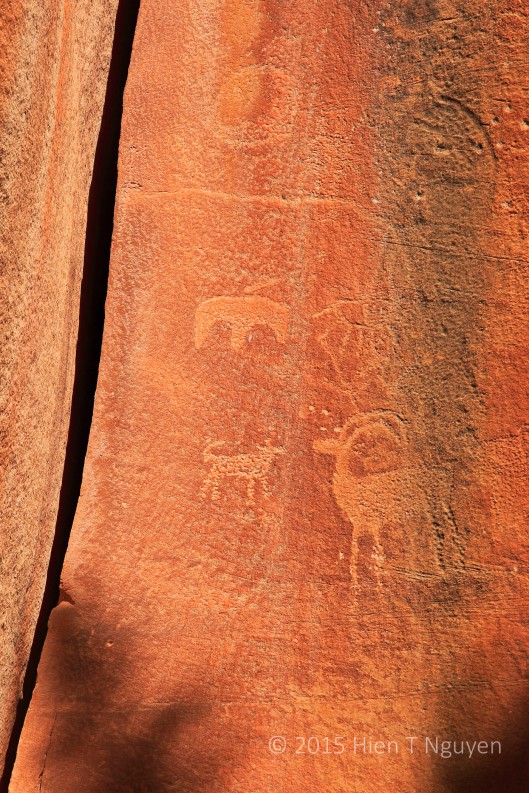 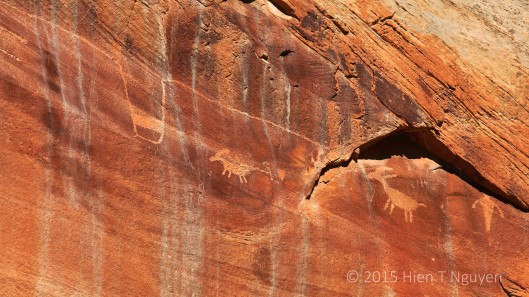