Today we visited the southern part of Petrified Forest National Park. We arrived at the south gate at 5:45 AM, half an hour before sunrise. Alas, the park would not open until 7 AM! Sigh,  big SIGH…

Once the park opened, the rest of the day went better and we managed to see almost all of the viewpoints. We did three small hikes which were not too strenuous. This part of the park had a lot of petrified wood which you will see in most of the photos below. Some looked like rock, others still looked like wood, but they were all hard as … rock.

View from the bottom of Blue Mesa, after a short hike down. The trail is paved, and on thre way up there is a stone bench to sit on and rest.

Another view from the bottom of Blue Mesa. 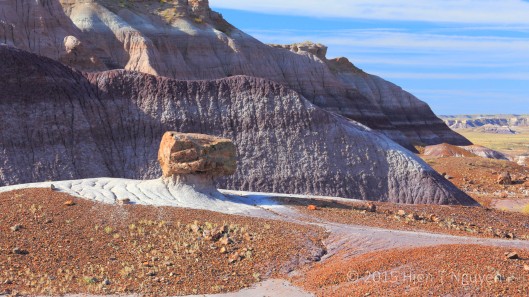 A log of petrified wood resting on a column of sedimentary rock. It was put there by nature.

Looking out from a viewpoint named Tepees. 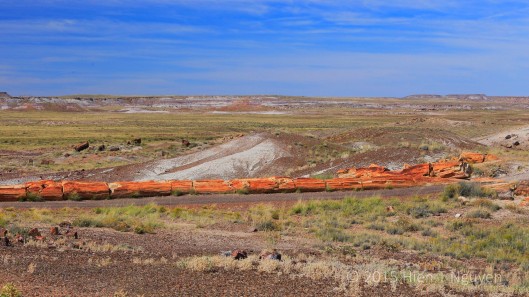 A long trunk of a petrified tree at Crystal Forest.

There were many petroglyphs created by ancestral Puebloans who lived in the area between 650 and 2,000 years ago. 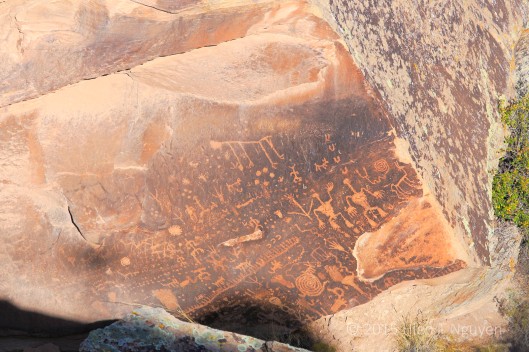 Newspaper Rock has more than 650 petroglyphs.

Other petroglyphs with mysterious depictions. 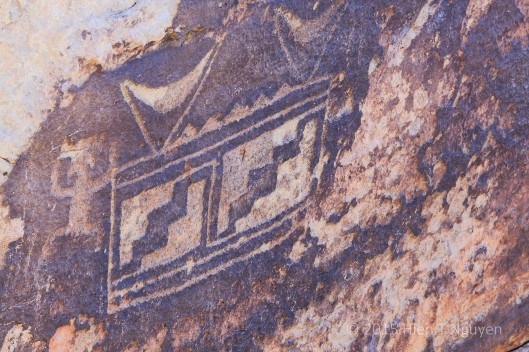 Finally, I should mention this: in Holbrook we have been staying at the Wigwam motel where each room looks like a tepee. Inside there is a bedroom with two beds, a modern bathroom and shower, a heater an an air conditioner. The tepee is made of something hard like cement.

“Tepees” at Wigwam motel. “Antique” cars belonging to the owner are parked outside most of the units.