Great Blue Herons are large enough birds that I found it relatively easy to photograph them in flight. Here are some photos I took at the John Heinz National Wildlife Refuge a few days ago. They are of three different herons.

Another Great Blue Heron in flight. 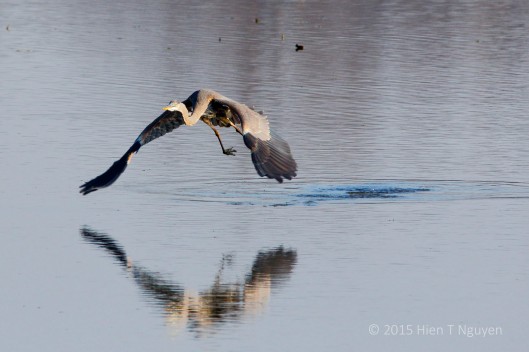 Another Great Blue Heron taking off.

Same Great Blue Heron, a fraction of a second later.

All of the above herons flew only short distances to position themselves at a different fishing spot. They probably never went higher than 20 ft (6 m) above the surface of the pond.