can tho, my thuan, photography, postaday, viet nam

For the last three weeks, we have been travelling in Việt Nam, from South to North. I took over 2,000 photos and will try to post some here to give you a flavor of what I saw and experienced.

Naturally the country has changed a lot since I left in 1975 at the end of the war. After wasting 15 years carrying out political retribution against the South, by the time the Berlin wall fell down, the communist regime in Hà Nội finally realized that free enterprise was the best antidote to economic stagnation and poverty caused by blind adherence to marxist-leninist-stalinist doctrine. Since then a virtual flood of foreign aid and investment, coupled with local initiative and hard work, has transformed the economy for the better. The South which has historically led the country in economic development and growth, found itself again at the forefront.

No city exemplifies it better than Cần Thơ, the fourth largest in the nation, located at the center of the Mekong delta. It used to be called Tây Đô, the Western capital, and has lived up to its ancient moniker. In my youth, one of my fist jobs was to travel from Sài Gòn to Cần Thơ, by car, a journey that took almost a day because one had to line up and wait for the only two ferries that allowed traffic to cross the Upper and Lower branches of the Mekong river.

The ferries are gone, replaced by two beautiful bridges. The first is Mỹ Thuận bridge spanning the Upper branch (Tiền Giang river). It was designed and built with Australian aid, and was completed in 2000. 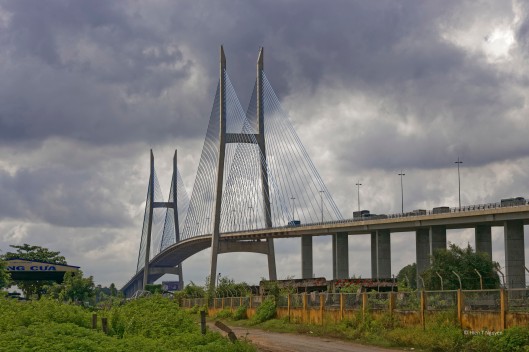 We also had to cross a longer and higher bridge, the Cần Thơ bridge over the Lower branch (Hậu Giang river). It was built with Japanese aid and was completed in 2010. During construction, in 2007 one of its ramps collapsed, killing 54 people and injuring 80 others. 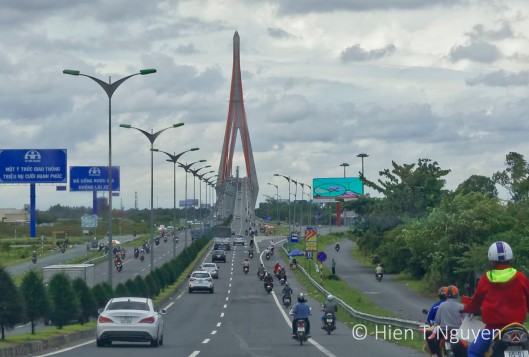 The Mekong delta has always been an agricultural wonder, sending its rice and other agricultural products to feed the rest of the nation and the world. Its Southern cuisine appeals to many with its variety of dishes and flavor, no doubt due to the abundance of food and innate culinary talent. We stopped at a restaurant for lunch, one that was frequented more by the locals than by tourists. The kitchen was at the front of the restaurant for all to see and observe. 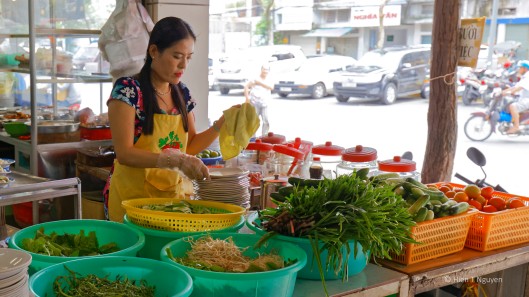 A meal being assembled at restaurant’s open kitchen. The pot on the right was a typical South Vietnamese sour fish soup. 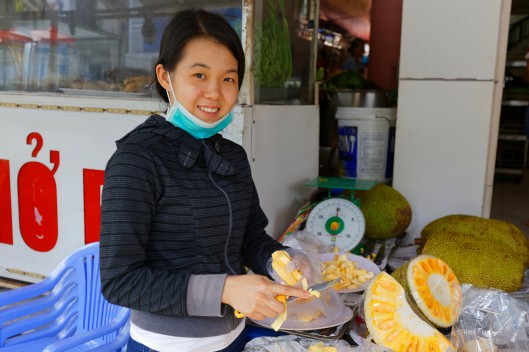 For dessert we had jackfruit, freshly extracted and peeled by this young lady.