There are several ehtnic minorities living in the Sa Pa region. The most numerous are the H’Mong and they can be seen everywhere in Sa Pa. There are also Red Dao, Tay, Zay, Xa Fo, and perhaps others as well. I only met and spoke to H’Mong and Red Dao individuals.

These ethnic minorities inhabit the Northwest corner of Việt Nam, and parts of Laos, Thailand, and China. The H’Mong are said to come all the way from Northern China and migrated South as they revolted and were chased by imperial forces during the Ming dynasty. In recent history, H’Mong in Laos allied themselves with America in the fight against communism. At the end of the war some fled to Thailand and most were eventually resettled in the United States. 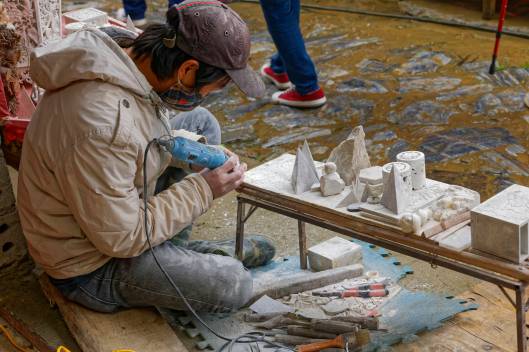 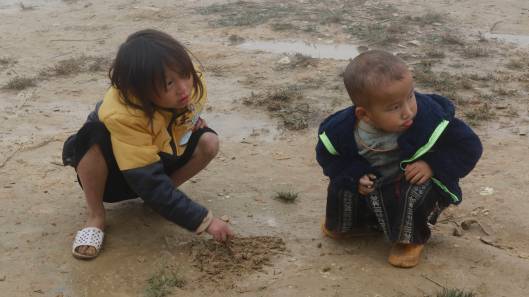 Tourism in Sa Pa has brought many changes to the ethnic minorities’ way of life. Planting rice is still the main occupation for many, but the influx of tourism money and demands may have opened new horizons for some. Our guide was a H’Mong who spoke some English. As I walked around town I saw that the new way of life has begun to influence and shape the old way. 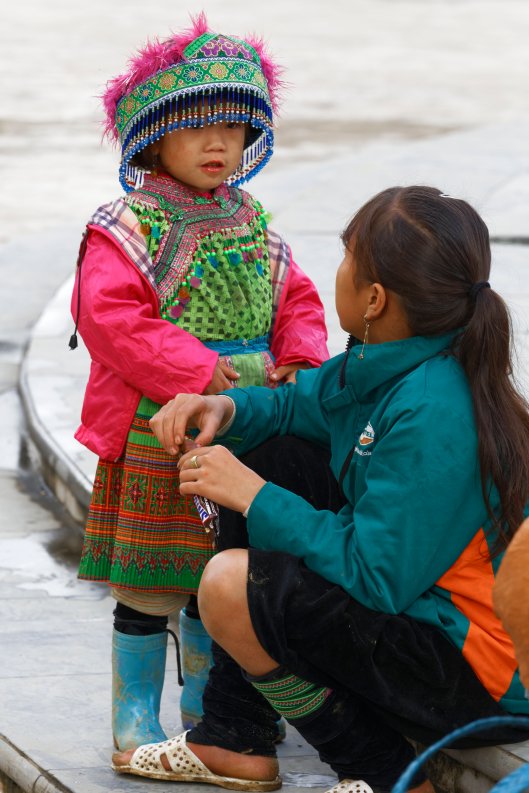 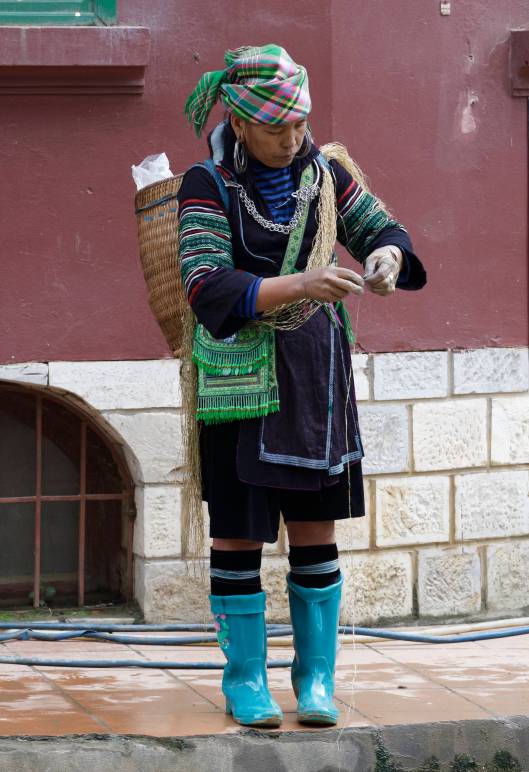 H’Mong woman braiding a hemp rope. They grow marijuana plants but only to get hemp, not to smoke. 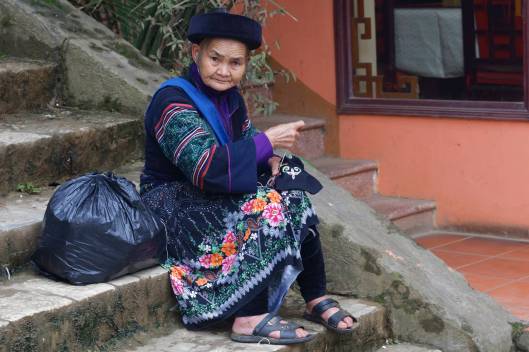 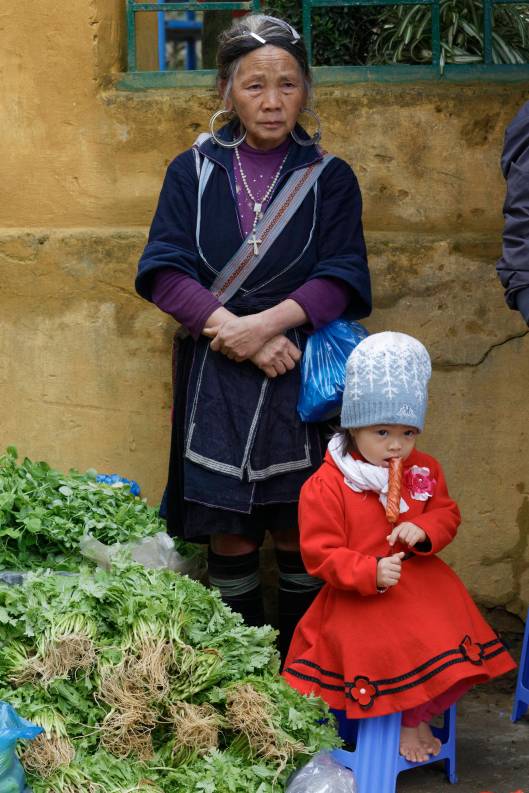 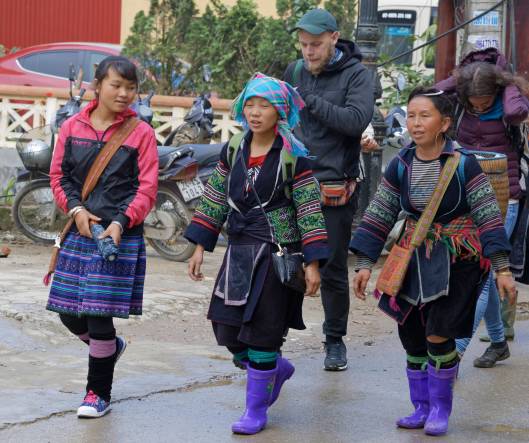 Three H’Mong women walking in front of some tourists. 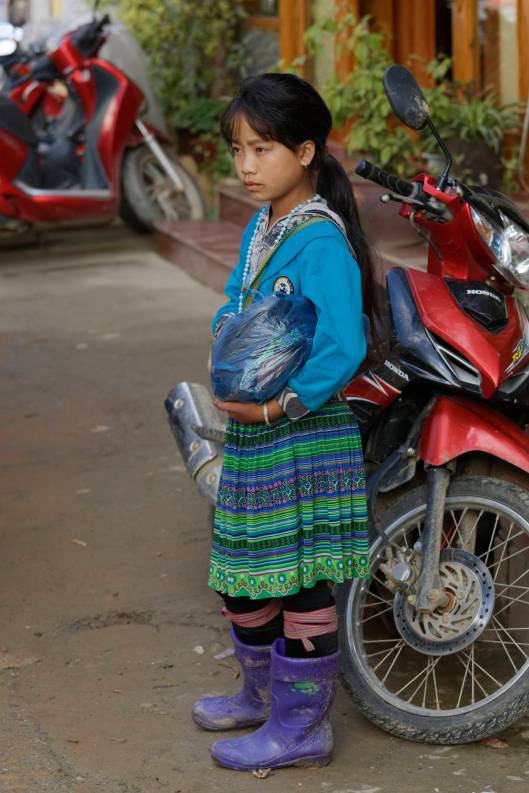 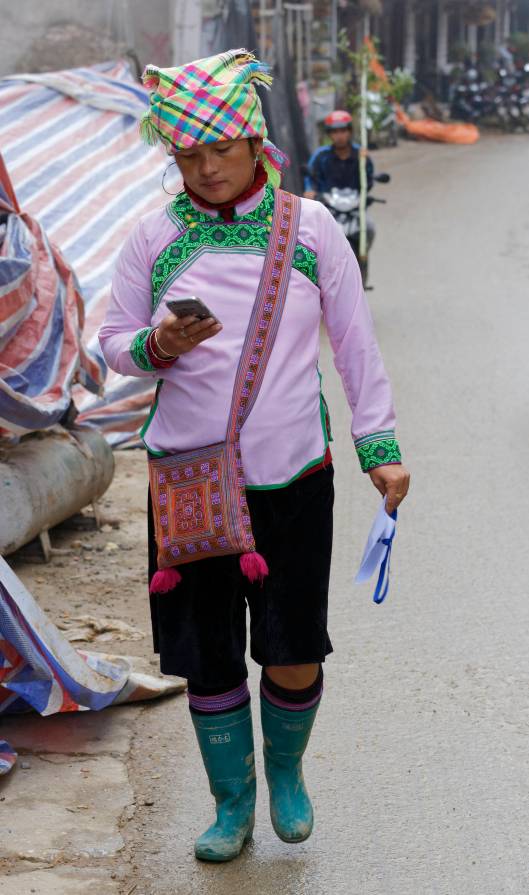 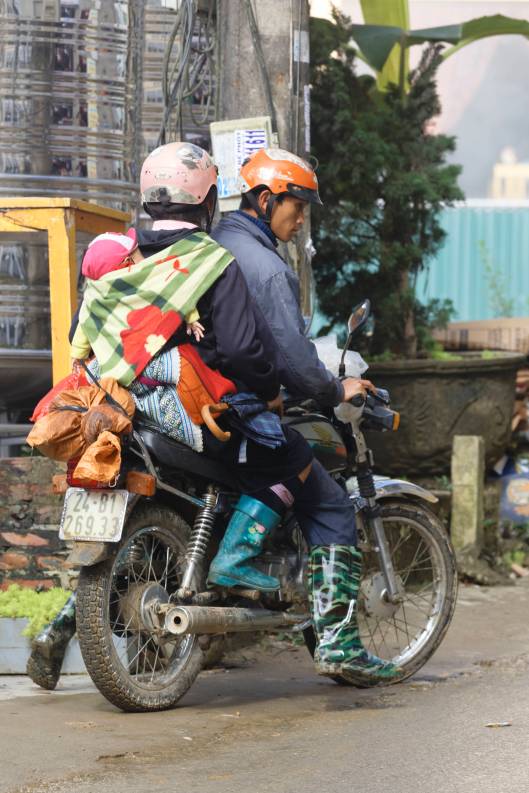 H’Mong family on motorbike. H’Mong marry very young, at 16, for both men and women. 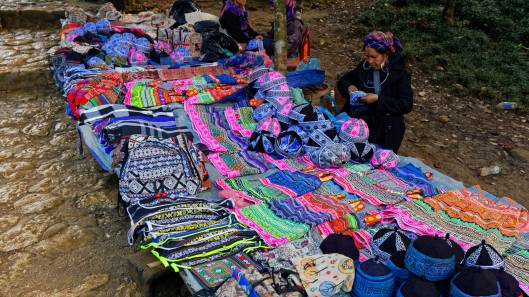 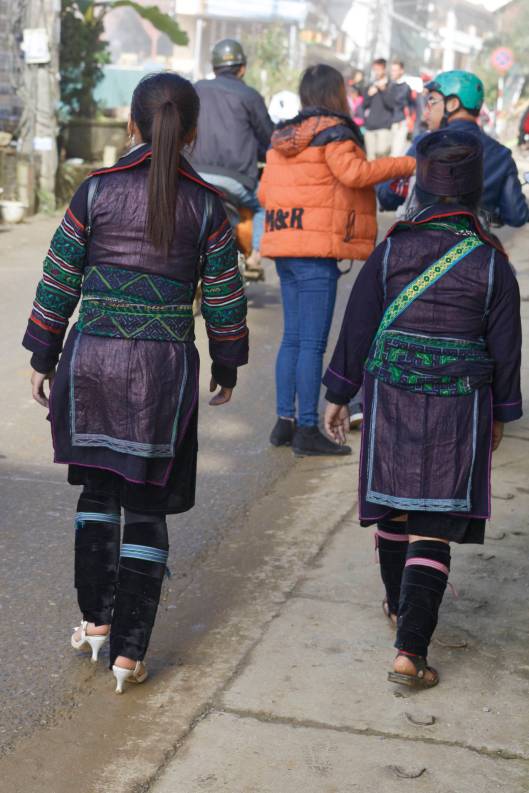 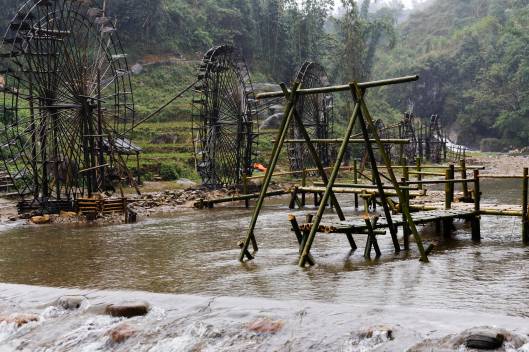