Today, temperatures rose to 64oF (18oC) which made it feel like Spring. I went to the John Heinz National Wildlife Refuge opposite Philadelphia International Airport on the other side of I-95. Vegetation still looked drab and dull, but among the light brown reeds I saw a flash of brilliant red. It was a male Northern Cardinal. He kept foraging for food in the same area for several long minutes. I took a series of shots and the following turned out to be the better ones. 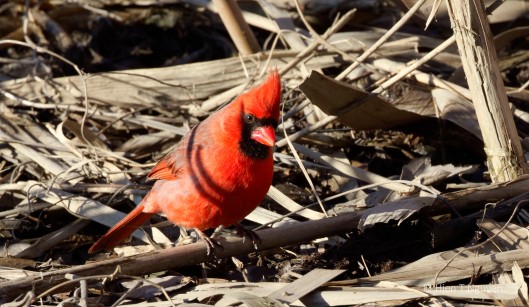 26 thoughts on “Cardinal Among the Reeds”