I saw Cowbirds for the first time this year. They looked like House Finches, but were visibly bigger. 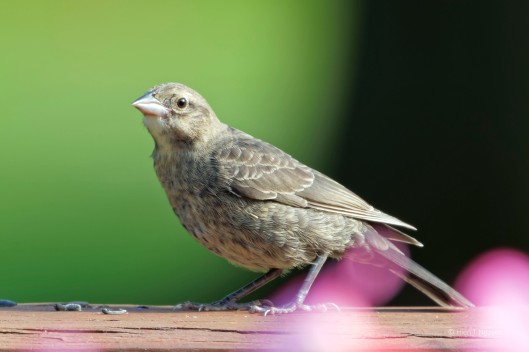 Female Cowbirds are brood parasites, laying their eggs in other birds’ nests, and letting their children be raised by other birds. These new Cowbirds appeared with the bunch of House Finches that we usually see around our bird feeder, so maybe they had House Finches as surrogate parents and siblings.

For comparison, here’s a shot of a male House Finch.

Because of their aggressive brood parasitism, Cowbirds are said to be a threat to other bird specie by overwhelming and outgrowing them