Tundra Swans number over a hundred thousand, making them the largest swan population in North America. Yesterday some of them arrived at the refuge from arctic tundra regions, then faced a strong wind as they landed in one of the pools inhabited by Mute Swans. They were a good distance from me, so they appear small in the following shots. In fact, they are only slightly smaller than Mute Swans, and have a black bill compared to the orange bill of Mute Swans.

A family of Tundra Swans with the two young ones on the right and the parents on the left. 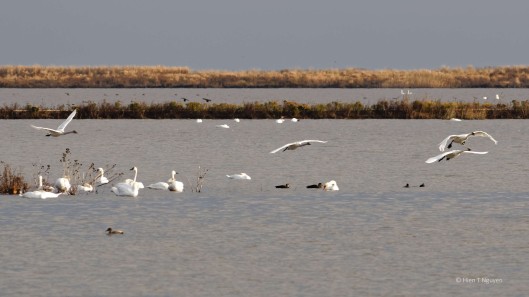 Tundra Swans landing among Mute Swans and other Tundra Swans. The swan in the water to the right of the photo with an orange bill is a Mute Swan. 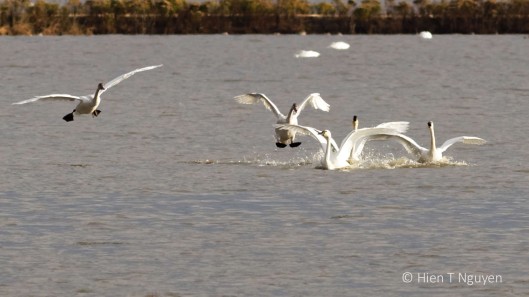 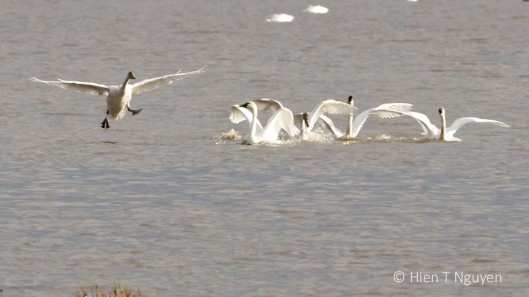