It was foggy at Barnegat Lighthouse yesterday, as you can see from the photo below. However, it was not cold, and the ice that covered most of the bay was starting to break up, helped along by two Coast Guard vessels. 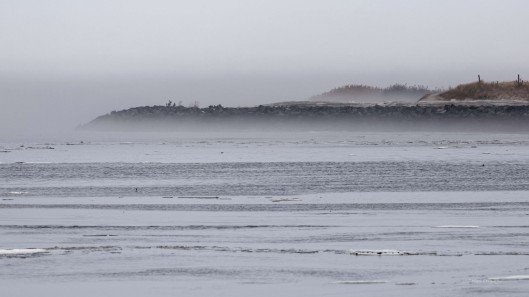 There was a thaw indeed. In the two hours I was there, snow had retreated quite a bit from the sand, or was melting away even if the sun was hidden by clouds. 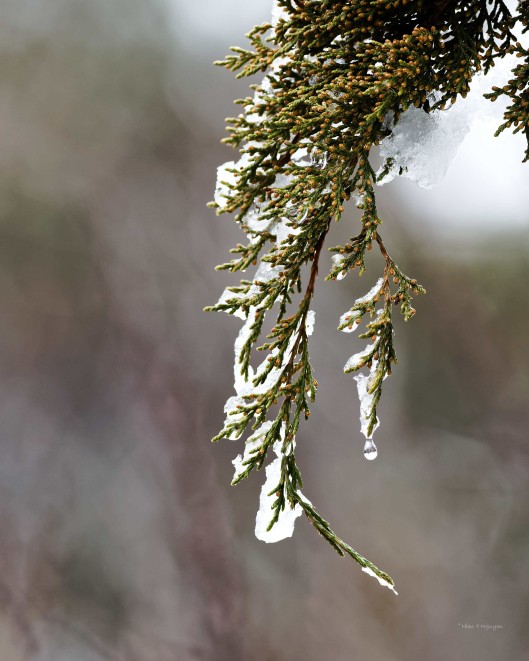