I saw the first Ospreys for this year at the refuge less than a week ago. One of them was very busy building her nest on a platform.

At another part of the refuge, a pair of Ospreys was making distinct noises. Was the female telling her mate to go fishing?

After several minutes, he had enough and flew away to land on half of a fish that he must have brought in earlier and left on the ground not far from their nest .

Male Osprey landing toward part of a fish. 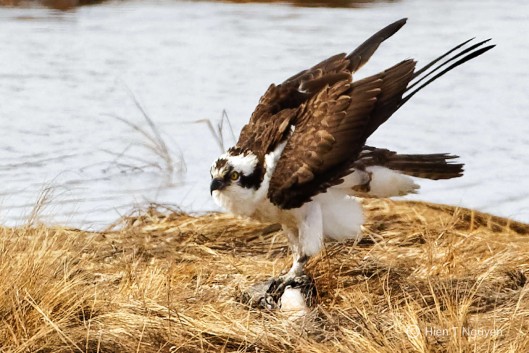 Male Osprey landing on part of a fish.

He just stood on the fish for a long time as she kept calling out to him. Was she still hungry?

He would not budge, and at times appeared to take a nap! 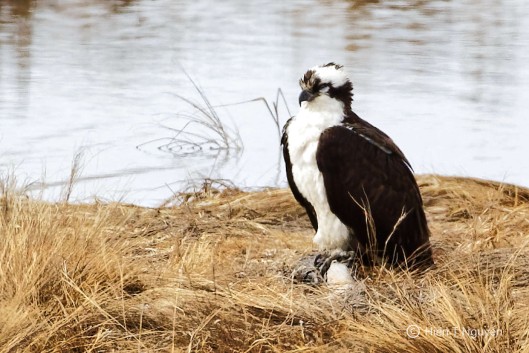 She flew up to a top pole of the nest platform, and kept calling for him. 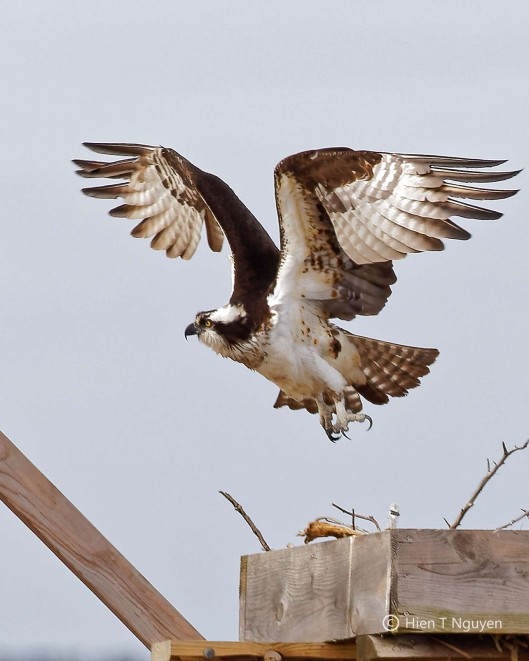 He did not move until a Crow flew in. 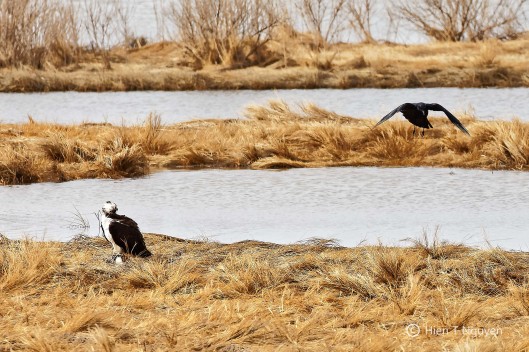 Another Crow showed up.

The Crows definitely wanted the rest of the fish but the Osprey held on. The female Osprey kept calling out.

Female Osprey: “Dear, you better hang on to that fish!”

He held on firmly.

Male Osprey: “Don’t worry! I got the situation under control here.”

One of the Crows started cawing, perhaps calling for reinforcement. The standoff went on for much longer, but I had to leave. Crows are known to attack Ospreys at times, so I am not sure whether these two Ospreys were able to keep their fish or not.

33 thoughts on “Ospreys vs Crows”