She was incubating and clamoring for breakfast.

Female Osprey incubating, calling out for her mate. 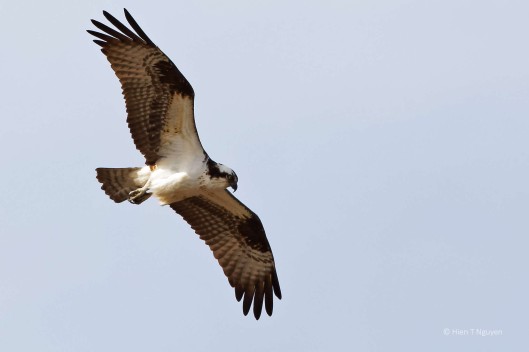 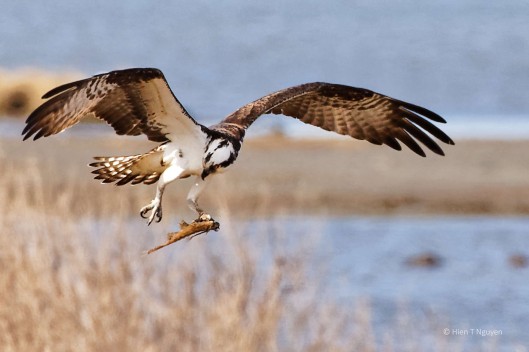 Male Osprey bringing part of fish. He had already eaten the fish head. 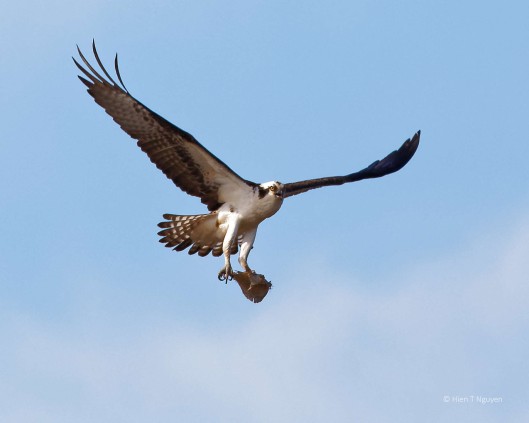 Male Osprey and part of fish. He flapped his wings and stayed up in the air.

As she ate, he pushed her aside to get an older piece of fish.

He took the older piece away to where he was eating before.

She went on eating her breakfast.