Long-tailed Ducks breed in the Arctic parts of Canada and Alaska, and only migrate to the coast of New Jersey in the winter. Thursday of this week, I saw several near Barnegat Lighthouse. 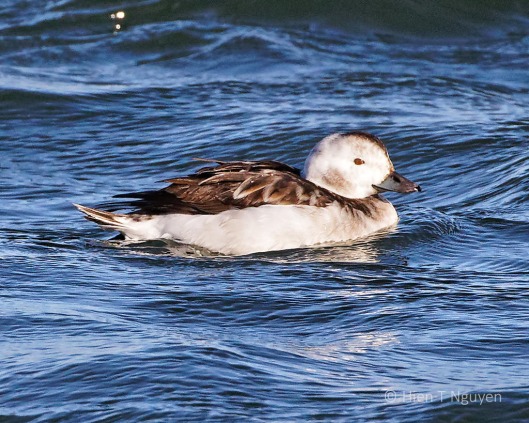 Female Long-tailed Duck. Only the males have a long tail.

I could not photograph a male Long-tailed Duck swimming in the water, so here’s a photo of two males taken in 2016.

Male Long-tailed Ducks, immature in background and mature at center.

This past Thursday, there was a male that took off from the water as shown in the following flight shots.

Male Long-tailed Duck taking off. Noe the long tail in the back. 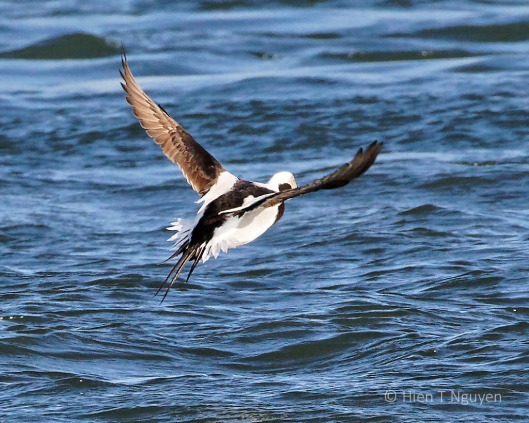 These ducks are about half the size of Common Eiders, and their take off is shorter and quicker. Although there are no estimates of their current population, they are classified as Common Bird in Steep Decline as of 2014.