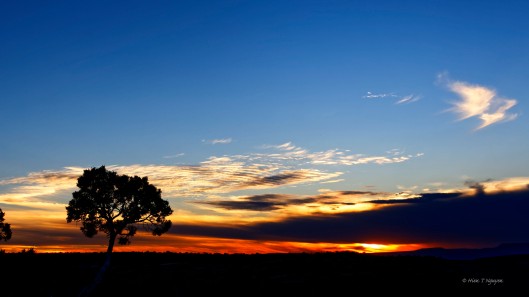 Canyon de Chelly (Chelly comes from the Navajo word Tseyi) National Monument is located within land of the Navajo Nation in Northeast Arizona. It is here that in 1864 Kit Carson managed to defeat the Navajo warriors and forced 8,500 Navajo men, women, and children to migrate to a reservation near Fort Sumner in New Mexico.

The Long Walk took place in the winter of 1864 over 300 miles. Some died on the way, while many others perished on the reservation due to disease, famine, and in general poor management of the reservation by the US government.  In 1868 the Navajos were allowed to return to Canyon de Chelly. A few still live there, but more than 300,000 Navajos are now spread out over the 27,413 square miles (over 7 million hectares) of the Navajo Nation in parts of Arizona, New Mexico, and Utah. 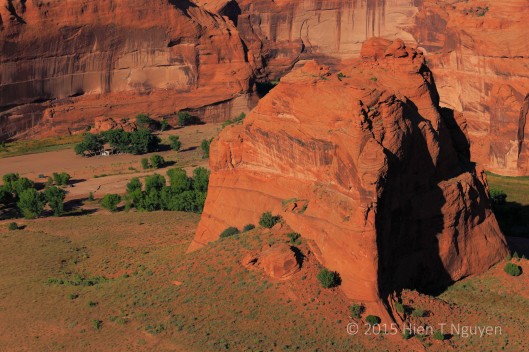 Fortress Rock at Canyon de Chelly. This is where Navajo warriors took refuge when they were attacked by troops under Kit Carson in 1864. 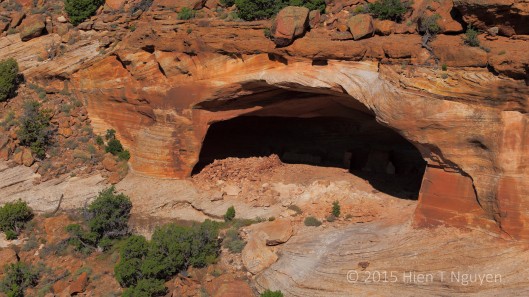 Massacre Cave at Canyon de Chelly. In 1805 Spanish soldiers shot at the Navajos from this vantage point, killing 90 warriors and 25 women and children. One Navajo woman grappled with a Spaniard and plunged to her death, dragging her enemy with her. The Navajos now call this place “Two Fell Off”. 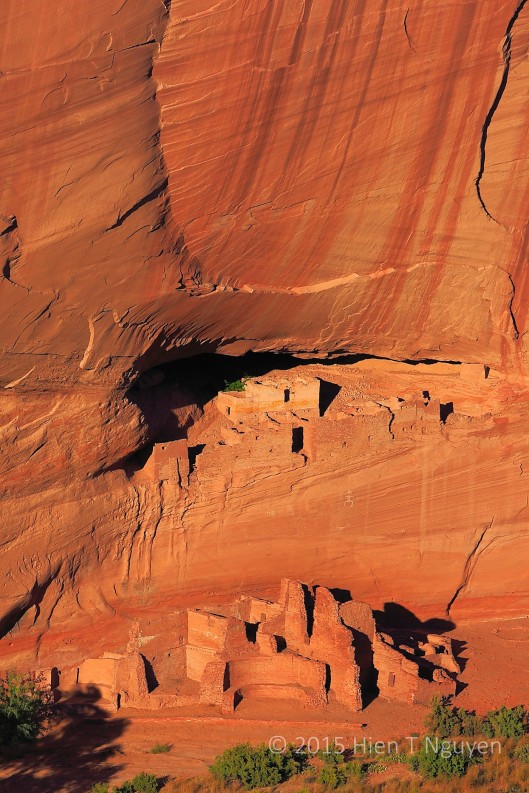 White House ruins at Canyon de Chelly. These were built by ancient Puebloans who lived there from 1060 to 1275 AD. Look closely and you’ll see a good size petroglyph on the cliff wall between the two levels of these ruins. 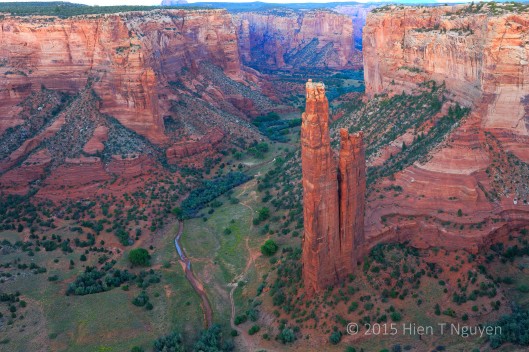 Spider Rock at Canyon de Chelly. It is 800 ft (240 m) high and has been filmed in television commercials. The lower spire is Speaking Rock.

We spent a full day at Canyon de Chelly National Monument within the Navajo Nation in northeast Arizona. The town of Chinle where we stayed was only 2.5 miles away. It was quite an experience living there among the Navajos who constitute over 90% of Chinle’s population of about 5,000.

Canyon De Chelly (the Navajo name is Tsegi) is famed for its deep canyons, steep rock walls, and ruins of houses where Puebloan people had built and lived in from 750 to 1300 CE. I tried to capture that in the following photos. 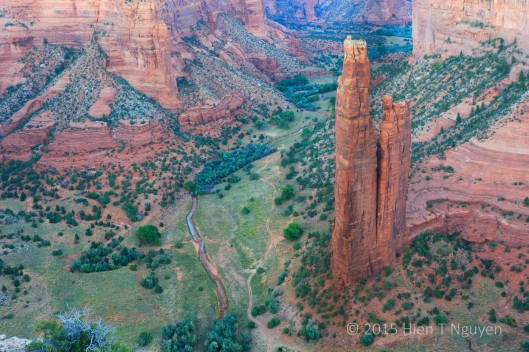 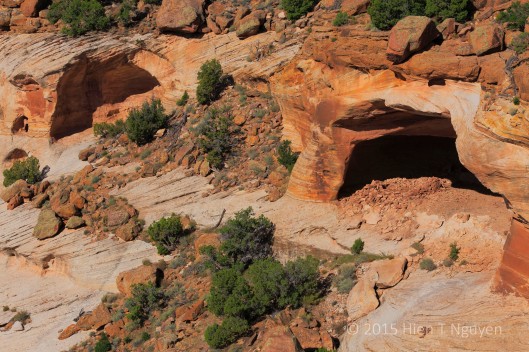