Brown Pelicans are huge and colorful birds as much as 4 ft long with a wingspan of 6 ft. They became almost extinct in the 1970’s, and their plight led to the banning of pesticides like DDT. Since then they have made a come back and are now no longer listed as endangered. I found many of them at Natural Bridges State Park and at the Moss Landing Wildlife Area between Santa Cruz and Marina. 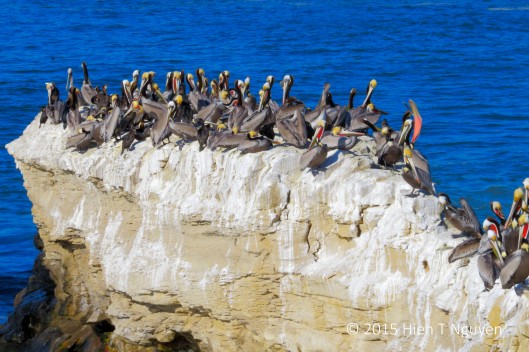 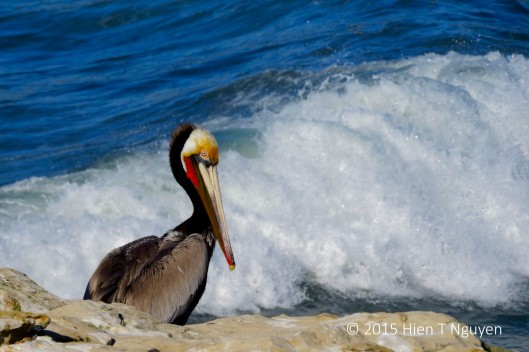 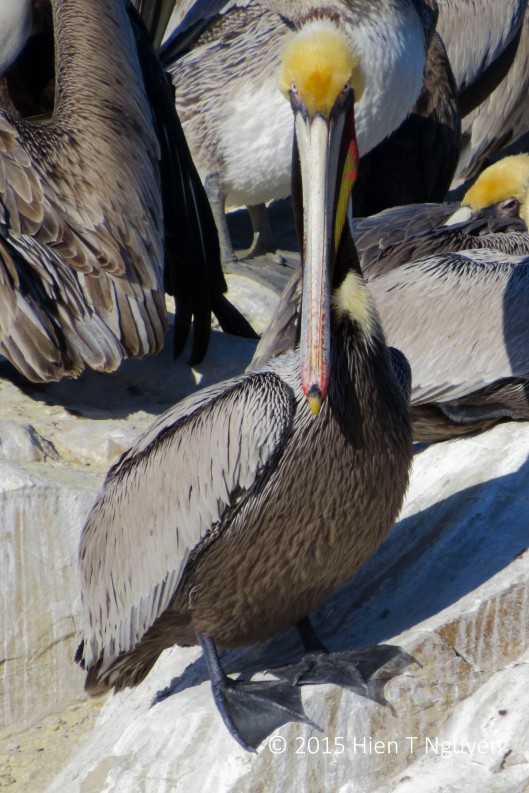 Brown Pelican at Natural Bridge. Yes, I am looking at you, photographer! 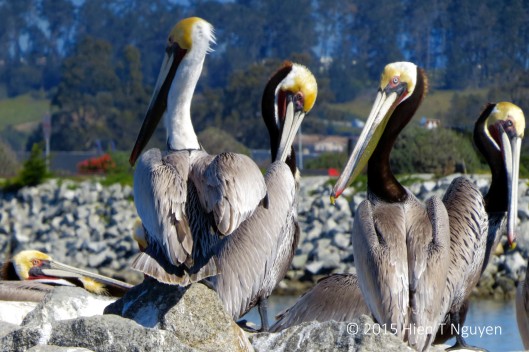 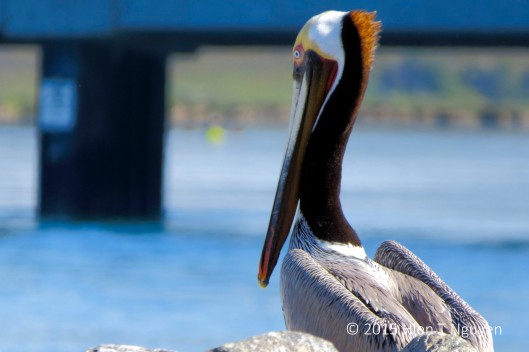