The American Robin shown below was making so much noise and movement that I had to take its picture.

The target for its cries was another Robin, who watched it very nonchalantly.

Here are the two of them in one photo. 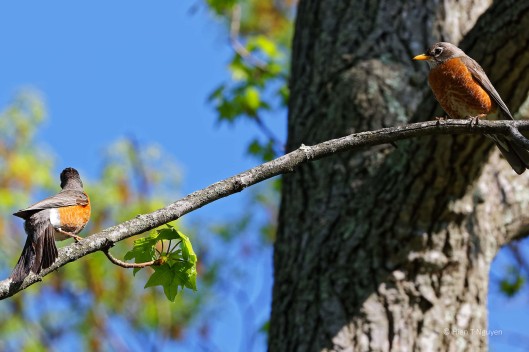 Perhaps the shouting Robin was a juvenile clamoring for food, and the older bird did nothing, as a way of telling the younger one to go find its own worm. Just my guess.