At this time of the year, I often see Northern Shovelers at the refuge. From afar they look like Mallard ducks, but with longer, oversized bills. They dabble back and forth with those bills to catch crustaceans and seeds from the marsh.

Female Northern Shoveler. Note comb-like filters at the edge of her bill. 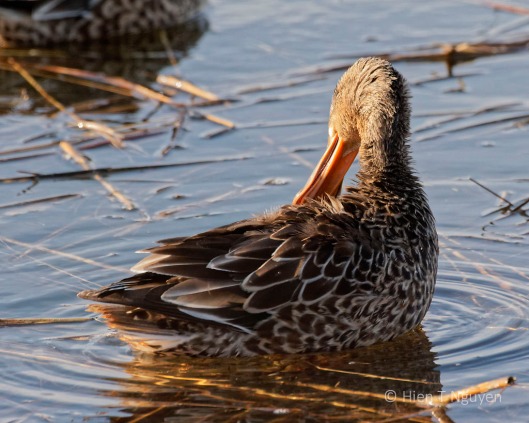 Flocks of Northern Shovelers are known to swim in circle to corral food and make it easier for them to catch. However, I saw this band early in the morning and many were still sleeping. 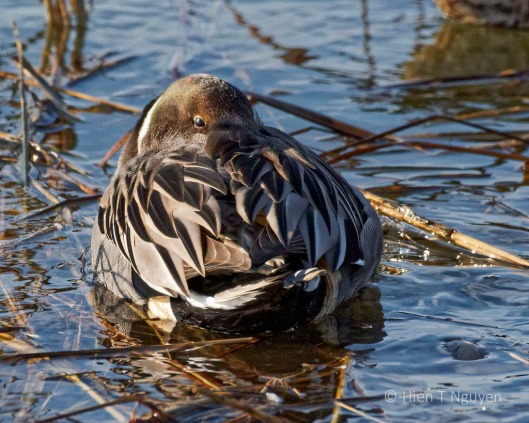 Female Northern Shoveler sleeping: “Call me back in an hour.”